Cut Back On Salt

A sprinkle on a jacket potato, a pinch in the cooking water, a shake on salad.
Most of us use salt to flavour what we eat every single day. But, according to health experts, our soft spot for sodium chloride is making us ill.
From an increased risk of heart disease and stroke to the suggestion that too much salt may even lead to some cancers, osteoporosis, kidney disease and exacerbated symptoms of asthma and Alzheimer’s, the white stuff may taste good but it’s not doing us any favours.
While a small amount does no harm, on average we consume about two teaspoons (8.6g) a day. Yet the recommended intake is much lower than this – an absolute maximum of 6g daily for adults and much less for children.
Plus never mind the salt we add to our meals – what about the salt that food manufacturers sneak in?
As the British Dietetic Association (BDA) points out: “A lot of everyday foods are not obviously salty, but do contain high amounts of 'hidden salt'. About 75 per cent of the salt we eat is already added to the food we buy.”
The biggest culprits are meat products, ready meals, soups, pasta sauces, some pre-packaged breads and even certain breakfast cereals.
So what is it about salt that’s so bad for us?
UK charity the Blood Pressure Association explains: “Salt makes your body hold on to water. If you eat too much salt, the extra water stored in your body raises your blood pressure. So, the more salt you eat, the higher your blood pressure.
“The higher your blood pressure, the greater the strain on your heart, arteries, kidneys and brain.”
Eating excessive amounts of salt wrecks the kidneys’ delicate balance of sodium and potassium, which helps to filter the blood. It reduces the organs’ ability to remove water, leading to higher blood pressure, extra strain on the blood vessels leading to the kidneys and, over time, kidney disease – which, if left untreated, can cause kidney failure.
The increase in blood pressure also puts extra strain on artery walls, which become stronger and thicker to cope. This raises blood pressure even higher and eventually leads to a greater risk of the arteries bursting or clogging up, and heart attack.
Other ill effects include angina (sharp pains in the chest due to obstruction or spasm of the coronary blood vessels) and damage to the arteries leading to the brain, which may lead to a type of dementia or a stroke.
There is even evidence to show that a high salt intake in children may predispose them to the development of a number of diseases in later life, including osteoporosis, stomach cancer and obesity.
So what can you do to cut down when it’s hidden in so many foods and, frankly, some things just don’t taste right without it?
For Salt Awareness Week (March 26-April 1), organised by Consensus Action on Salt and Health (CASH), experts point out some easy ways to reduce your sodium chloride intake and protect your health for years to come:

Look out for foods containing 0.3g of salt or less per 100g (or 0.1g sodium). For ready meals, which tend to contain more salt, pick ones with less than 1.25g salt or 0.5g sodium per dish. Be aware that foods that contain more than 1.5g salt per 100g (or 0.6g sodium) are classed as “high salt” products. Remember there can be big differences between different brands of the same products, so shop around.

Break the habit of a lifetime and try to use little or no salt in cooking and don’t add extra salt at the table. According to CASH “it will only take a couple of weeks for your taste buds to adjust to less salt - before you know it you'll be appreciating the real taste of food and won't miss salt at all.”

Cut down on the biggest culprits

The worst foods for high salt content include: processed meats such as ham, bacon, sausages, pate and salami; canned, packet and instant soups; condiments including ketchup, soy sauce, mayonnaise and pickles; stock cubes and gravy powder; smoked meats and fish; meat and yeast extracts such as Bovril and Marmite; cheese; salted snacks such as crisps and popcorn; ready meals and takeaways including Chinese, Indian and pizza; ready-made sandwiches; pre-made pasta sauces; some breads and some breakfast cereals.

Don’t be scared to ask

When eating out or ordering takeaways ask specifically for no salt.

Work at keeping your blood pressure down

Being active, keeping a healthy weight and not drinking too much alcohol are key to keeping blood pressure low

Cooking fresh fruit and vegetables rather than eating ready meals is the most surefire way to keep tabs on your salt intake.

Find out the facts

Don’t guess at how much salt you and your family should be eating – the CASH website athttp://www.actiononsalt.org.uk/less/ shows exactly the levels of salt we need. For instance, children aged between six and 12 months should eat no more than 1g a day, while one to three-year-olds should consume no more than 2g.
According to CASH, reducing the UK’s average daily salt intake could prevent as many as 17,500 deaths from heart attacks and strokes every year.
Adds CASH: “The good news is that it's never too late. Any reductions that you make to your salt intake can be beneficial to your health by reducing your blood pressure and therefore reducing your risk of heart attacks, heart failure and stroke later in life.”
Source@Yahoo Lifestyle
Labels: health tips Salt 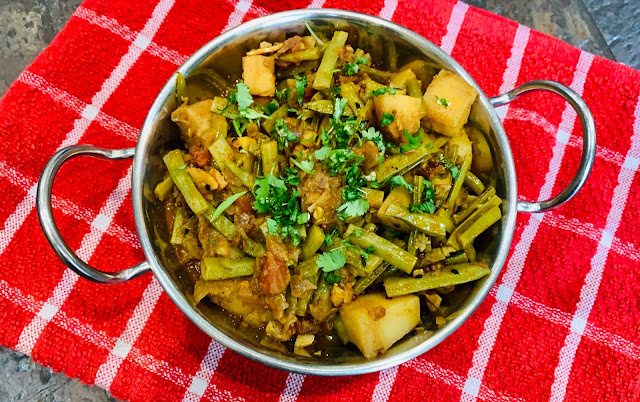 Angie and DG
I am a fun loving girl and my Passion is cooking and eating nice and tasty food...and clicking amazing pics...and visiting restaurants all around the place... So, hope you peeps enjoy reading through, as much as we enjoy uploading stuff for you...